Dunkirk has three points of departure for the rich Nolan Cinematic Enterprise. Nolan firstly returns with a historical adaption of the Dunkirk evacuations during the Second World War by small shipping trawlers of four hundred thousand men, as the survivors at the end of the movie reading off a newspaper, Churchill's statement to the British Parliament as a monumental failure on the battlefield inspite of a successful evacuation. The soldiers after coming home greeted by an old man as 'Well Done', while the soldier exasperated spits out 'All we did was to survive', the old man who is visually challenged reverts: ' That is enough' and continues saying well done and bravo while he distributes food to the oncoming soldiers. Unlike Interstellar and Inception, he has taken on archival material rather than applied his craft to the world of science education, space and subconscious theft and imaginary worlds folding and collapsing surreally. Real events have a narrative truth bandwidth to adhere to and the artistic licence can be rather limited.

Dunkirk was one of the theatres of the Second World War mapped across the globe. But, this plot is unusual for two more reasons; the movie withdraws from the grand geopolitical master narrative to focus on the human elements of war, one of civilisation's vehicles for destruction. Thirdly, this is a losing battle, an evacuation of the British soldiers from a theatre of war, where there is no victorious element to round off the film. The movie liberally borrows from the Nolan film tool box with excellent background music from Zimmer and grand but muted/detached surreal cinematic visual treatment with critical juxtapositions.

The film is stripped off war movie tropes of high energy war sequences such as Black Down Down, where the action sequences are in the face. The three sub parts of the movie are enmeshed with an air bombing stream, a boat stream which is most touching with two young men rescuing an air pilot and sailor in Mid sea and a ship rescue track.

The captain of the moonshine boat who has lost his pilot son in the war, is sailing the boat to Dunkirk with his younger son and a young man who joins the journey to win favour in his fathers eyes as a war hero, dies on the journey and is ultimately feted in the local paper as a war hero as the captains son makes sure his efforts are not in vain.

War movies are exercises in popular history and particularly in this digital era, where history is unimportant for the tech class as attention spans and delusions of the future captures contemporary attention: History is synonymous with silence, erasure and memory. There has been considerable online debate on the erasure of voices of soldiers from the colonies in Britain's war effort in this movie as can be read in Dr Raghavan's book on India's involvement in the war effort.

Representation and Cultural Appropriation are contested issues in visual art. But, this movie succeeds in bringing out primal instincts of soldiers to survive in a war environment; French versus British and an effort to escape the action. 'Survival is Greed and agreed is Selfish' is told by a soldier in the movie.

War changes people and changes them forever, as the captain of moonshine boat says as he speaks with his son who is trying to serve tea to the rescued sailor, and he is to too shocked by his experience to accept the warm gesture of the tea offer, in Mid sea. Lived experiences of war is the strength of 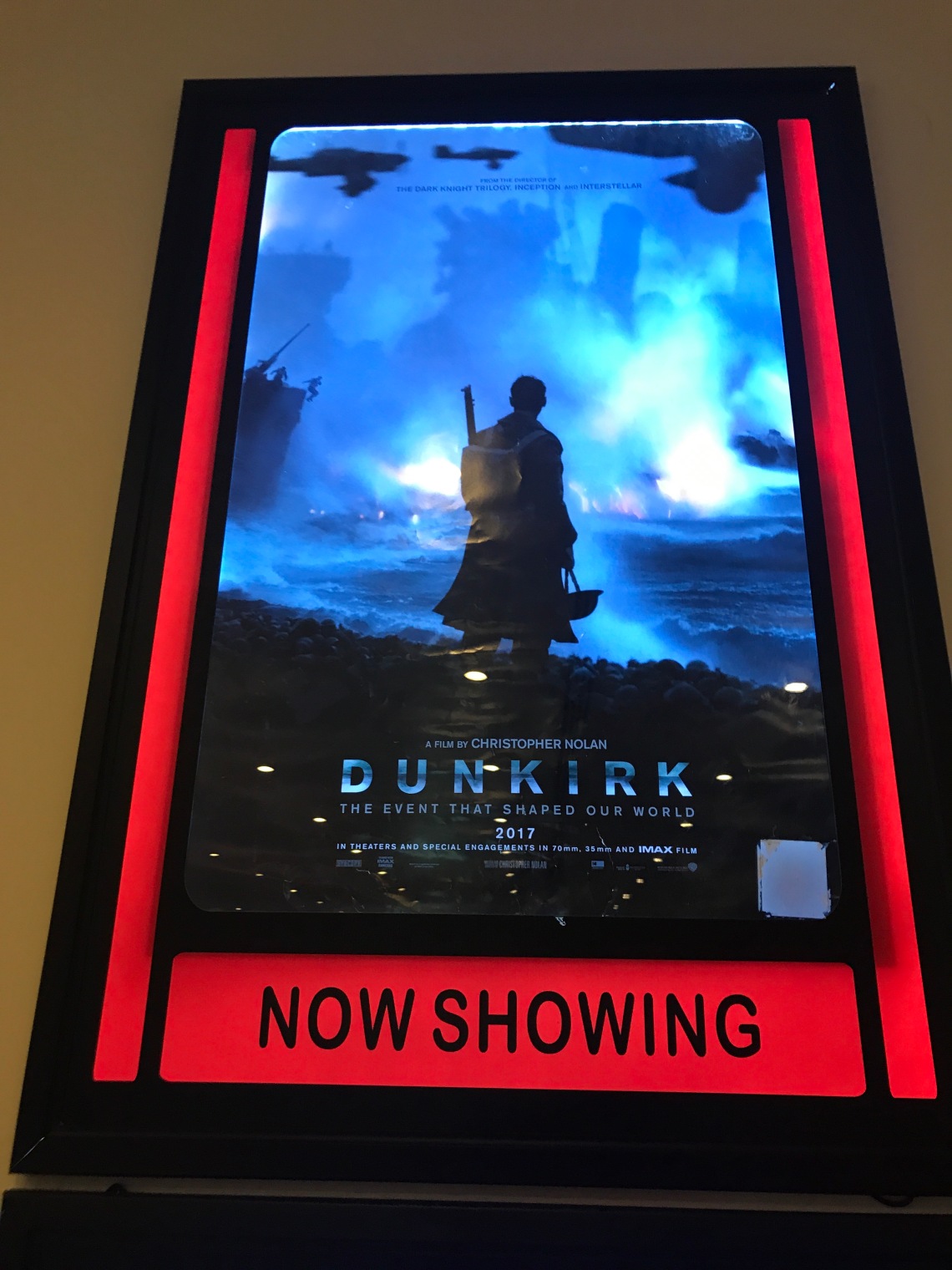 In this age of low intensity conflict and wars raging all around and being numbed by violence; Dunkirk is an incredible remainder that is beyond the political, war is intimately personal. Must watch for all history buffs.