It was a near end summer evening at the plush and airy environs of the Art Jameel, which is a premier exhibition space in Dubai and had a really nice niche bookstore and cafe. UAE’s Culturati had arrived and it was a packed house as New York based Photographer Farah Al Qasimi with Art Critic Shumon Basar engaged in the most beautiful conversation on photography and space over an hour which felt essentially more than the actual 60 minutes.

The backdrop of the discussion was Farah’s exhibition on Dragon Mart, the mammoth Chinese export market which Shumon called an ‘Empire of Sign’s and Tastes’ and the central strand of the discussion revolved around this pic

The exhibit had many hidden portraitures which captured a tension which is well thought about. Farah called photography, a radical possibility fuelled by attentiveness around oneself, rather than the technology. She teaches a class called Anxiety and the radical possibilities of photography to her students in New York. She delves in to issues deeper than the image and cited Sontag quite a bit in the discussion. Photography is about capturing reality for instance and thinking about dignity in representation rather than violating the subject. 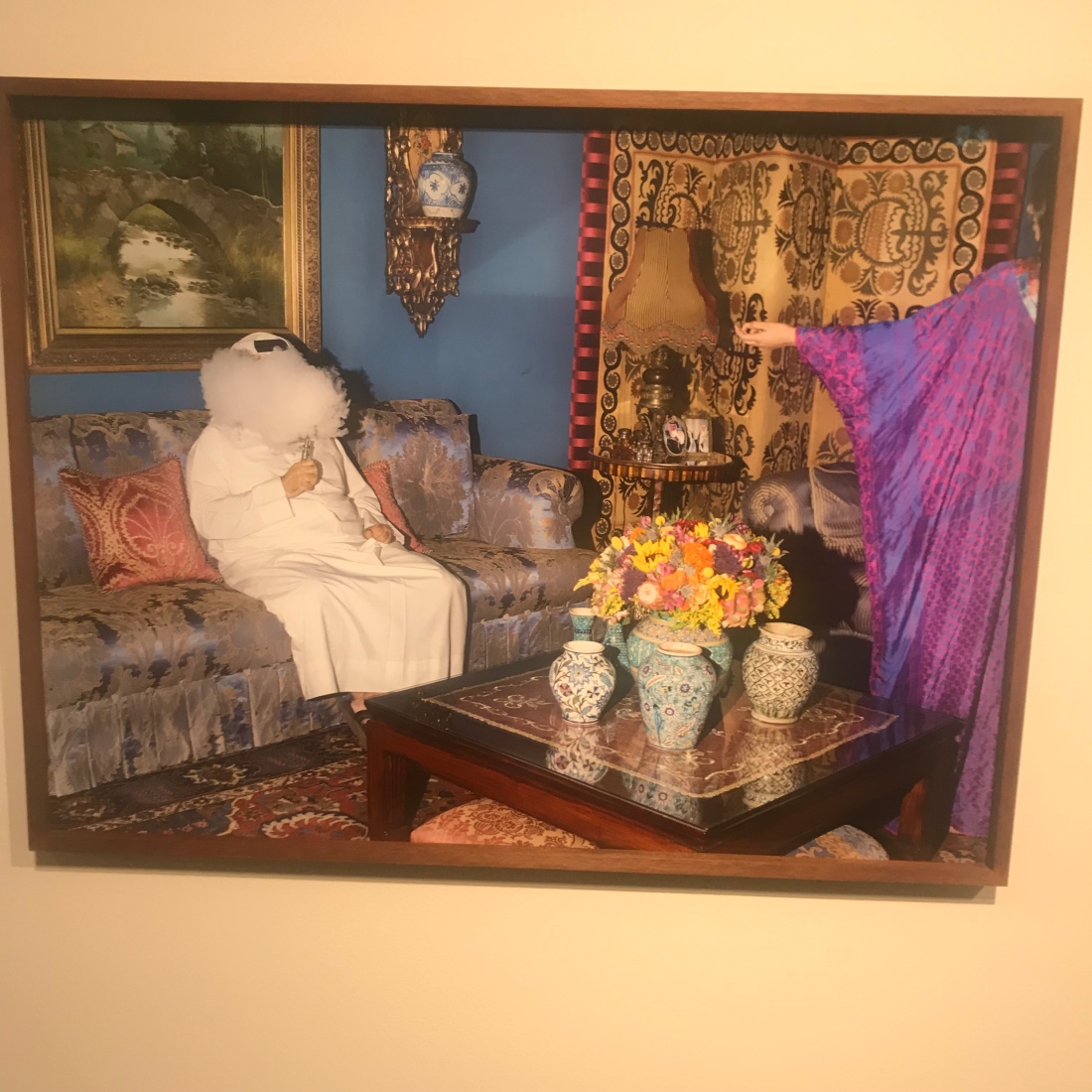 It was refreshing to attend as a sociologist of space the discussion as such conversations as few and far in between especially when the artists are based overseas. I was glad to pick up a copy of the essay by Shumon on the exhibit on Dragon Mart and also meet Mr. Sultan Al Qasimi, preeminent public intellectual of the region currently teaching at Yale.